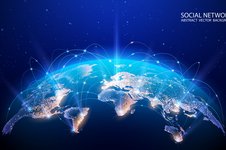 Ekaterina Kozyreva is president of IEC International, which is a privately owned transport consultancy in a tech think-tank format located in Paris (France). For the cep Network, she describes in a GuestAdhoc the recent trends in infrastructure connectivity, details the alternative models developed in a context of increasing geopolitical tensions, gives clues about the way governments should proceed to promote a new kind regional and “friendshoring” connectivity, before detailing the impact of connectivity funding.

“The previous decade – for the first time since the 1970s – has seen international trade growth rates lagging behind GDP rates”, she starts. Furthermore, with increasing geopolitical tensions, the new nature of trade links refers to a politically driven choice of partners and directions, which are already costly.

“Two ‘engines’ characterize this change in global transport flows: enclosing the commodity trade within geopolitical blocks of countries (friendly shoring, i.e., reshoring to allies), and backshoring, nearshoring and developing new trade links within geographical blocks of countries”, Kozyreva explains. Resulting from these trends, 25% of export in volumes has changed the country of destination, which is 10 per cent points higher than the past 15-year average. “Due to sanctions on Russia and China-US tensions, this share is expected to rise up to 30-35% in 2022 and to remain high for several years”, Kozyreva continues.

“Hence, if global connectivity is still possible and necessary, three features are completely different within the new paradigm” she warns. The new paradigm of connectivity should rely on three pillars. First are transport links to extraction and basic production points. Second, the concept of uniform belts which connect the world’s largest manufacturing centres by optimal routes should be replaced by heterogeneous, but interoperable infrastructure, seamless transportation, and financial services uniting countries within geographical block. Third, in the new paradigm, certain countries will do better than others: connectors. Their dual role is to provide the best option for consolidation and transportation of goods from the whole geographical block to distant trade partners regardless of their geopolitical values, and to facilitate trade within geographical blocks including trade between countries with different geopolitical interests.

Connectivity development influences financial flows both at the stage of infrastructure development, via direct investments, and at the operational stage, via redirecting export and import flows. In current macroeconomic conditions participation of European companies and authorities in reinventing connectivity across the globe can not only become a source of economic growth but can also tame the inflation surge thanks to transportation cost reduction and the creation of new export opportunities. 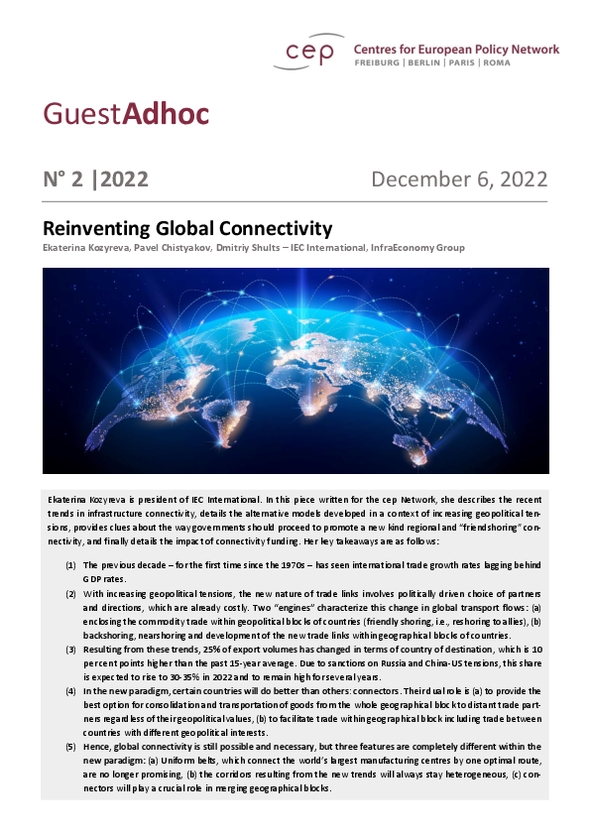